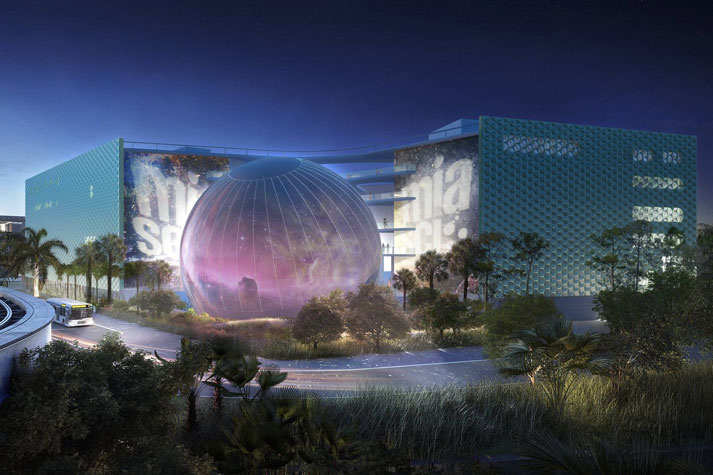 Miami, FL
Formerly known as the Miami Science Museum, the Patricia and Philip Frost Museum of Science is located within Miami’s new Museum Park. This new museum features science galleries, a history gallery, and a planetarium. Its most prominent feature is the “living core” aquarium and wildlife exhibit which contains animal, fish and plant species native to Southern Florida. This open-air structure acts as a “living building,” changing in response to the environment. The museum also features a vegetated roof and man-made wetlands adjacent to the building. Not only do these add to the museum’s interactive exhibits, but they also control storm water runoff. Interior spaces are controlled by high-performance and low-energy ventilation and air conditioning systems. Stuart-Lynn worked with Lord Cultural Resources to perform cost estimation services during the Schematic Design Phase of this project.